Red-green diversity helps to safely across the road

Traffic light figures guide parents and children safely across the streets worldwide. MobileKids shows how imaginatively they are designed.

"Stop on red, walk on green" is the maxim that applies at pedestrian lights almost all over the world - but only almost. In some places there are also other light signals for people who want to get to the other side of the road on foot. Moreover, the figures do not look the same everywhere.

The world of traffic light figures is more diverse than expected. In Odense, Denmark, for example, the poet Hans-Christian Andersen, the city's best-known citizen, has been accompanying pedestrians with a stick and hat across some intersections and streets since 2005. In Mongolia's capital, Ulaanbaatar, riders, archers and wrestlers light up on National Day. They symbolise the national sports of the country. Countries like France, Turkey or Switzerland have dotted figures, China sometimes even has traffic lights showing the time until the signal changes. A couple with a woman and a man can regularly be seen on Belgian pedestrian traffic lights. Vienna adopted the pair principle in same-sex combinations for the first time in 2015. Then there are countries like Japan or South Korea, where the background lights up and the figures remain dark.

A little tour of the world's pedestrian crossings 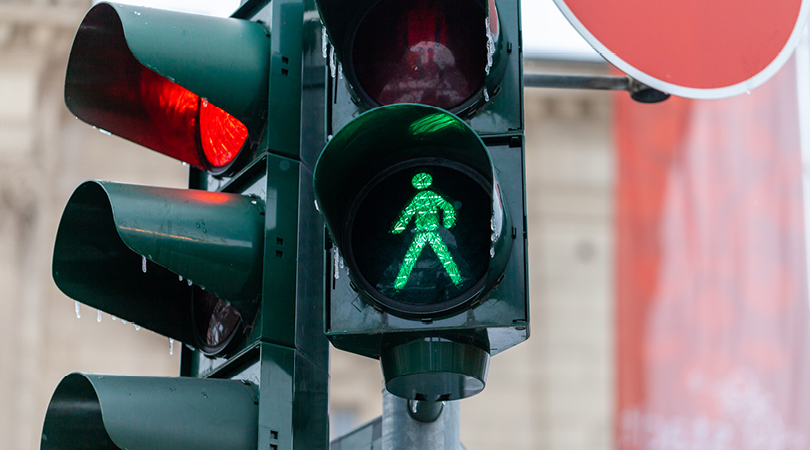 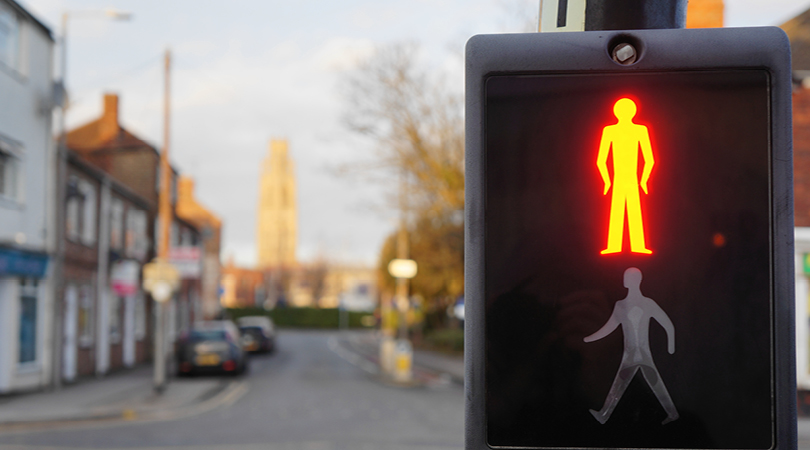 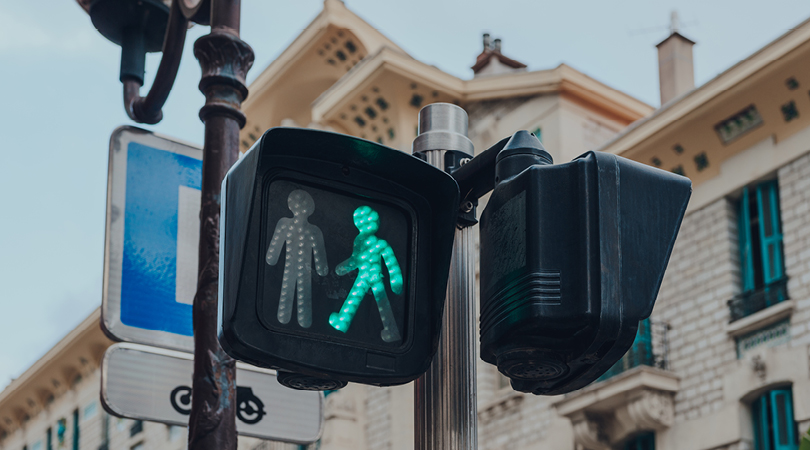 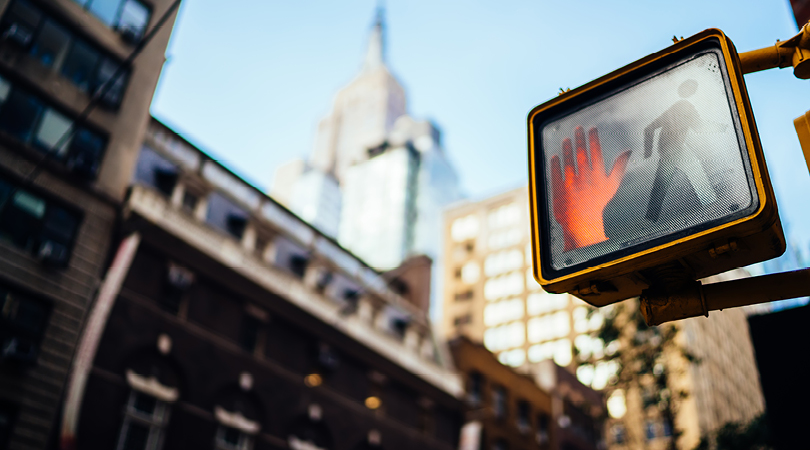 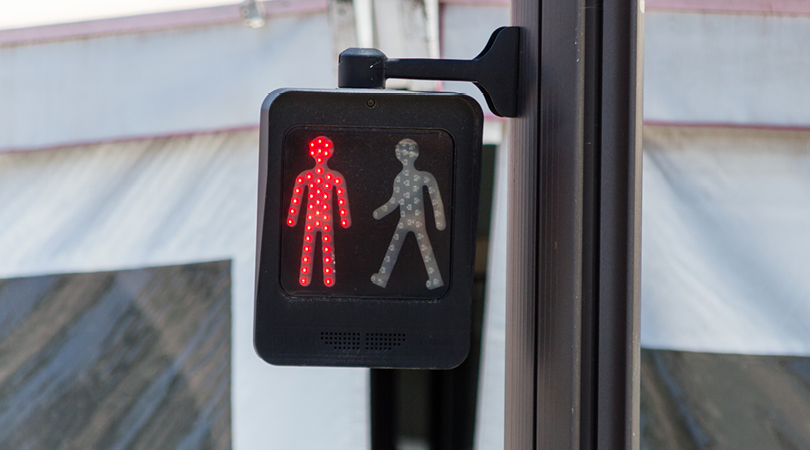 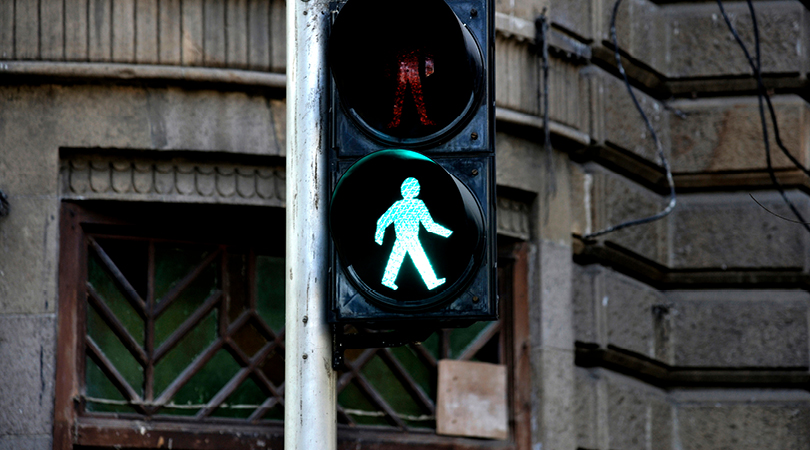 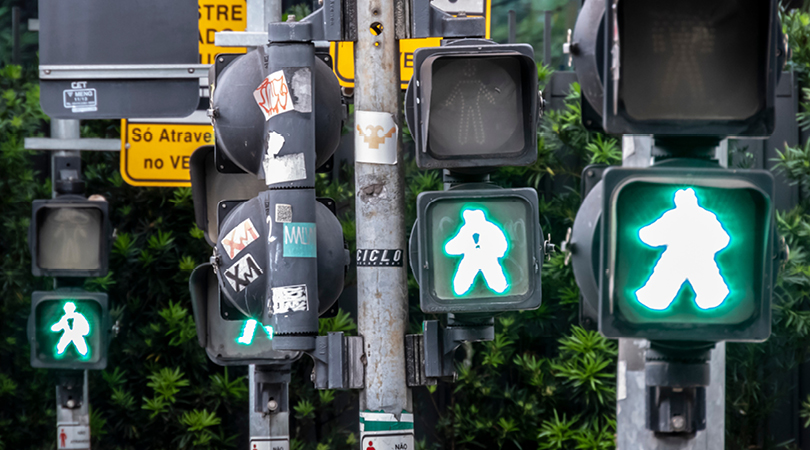 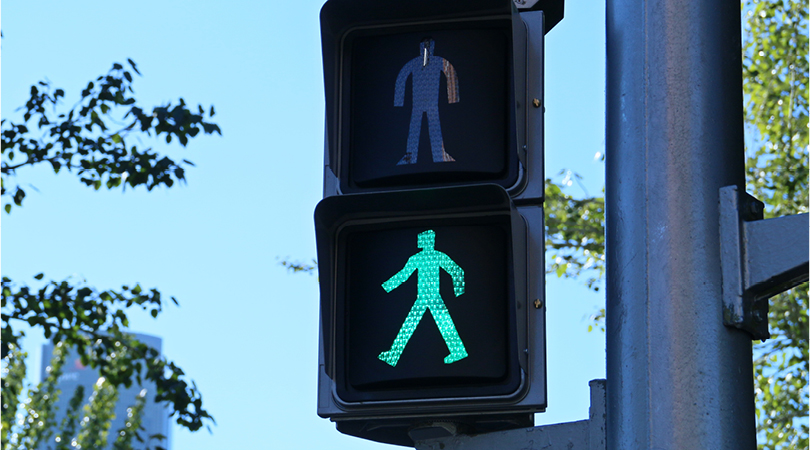 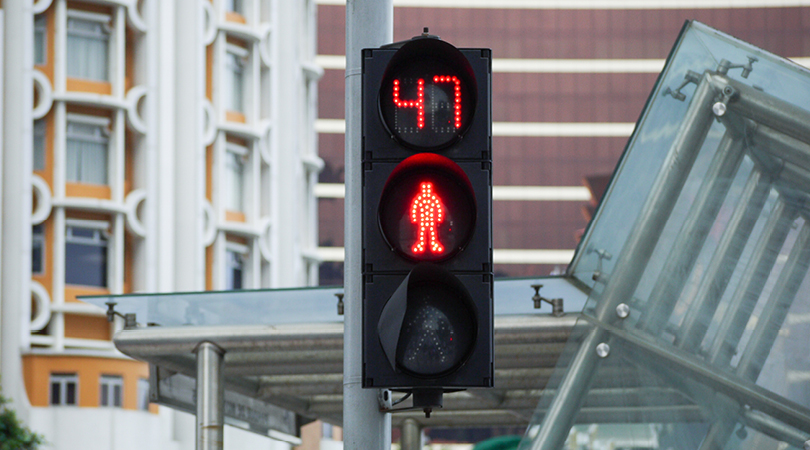 New York goes its own way

In the early years, the green phase for pedestrians always had to be triggered by a hand signal. It was not until 1952 that the first fully automatic pedestrian traffic light was installed in New York. But it had yet another special feature. Instead of colour signals, the words "Walk" and "Don’t Walk" lit up and still are there today. Some states and cities in the USA still use these illuminated texts today - sometimes with a hand as a stop signal. You can also see those in red in Canada or Bolivia, where they are combined with a green figure, however.

Why is there left-hand traffic in some countries?

How do you chain down a bicycle correctly?