20th birthday? Doesn't exactly sound like a children's party. But in this case the one having the birthday is the "Ravensburger Spieleland“ theme park and that's a completely different thing altogether. Together with MobileKids mascot Moki, the hosts Mouse and Elephant as well as many overjoyed kids, we had a fantastic afternoon.

"Moki, can we please, please take a picture with you?, everybody asked, while over 50 brightly coloured mascots marched through the theme park to the packed open-air theatre in an impressive parade. 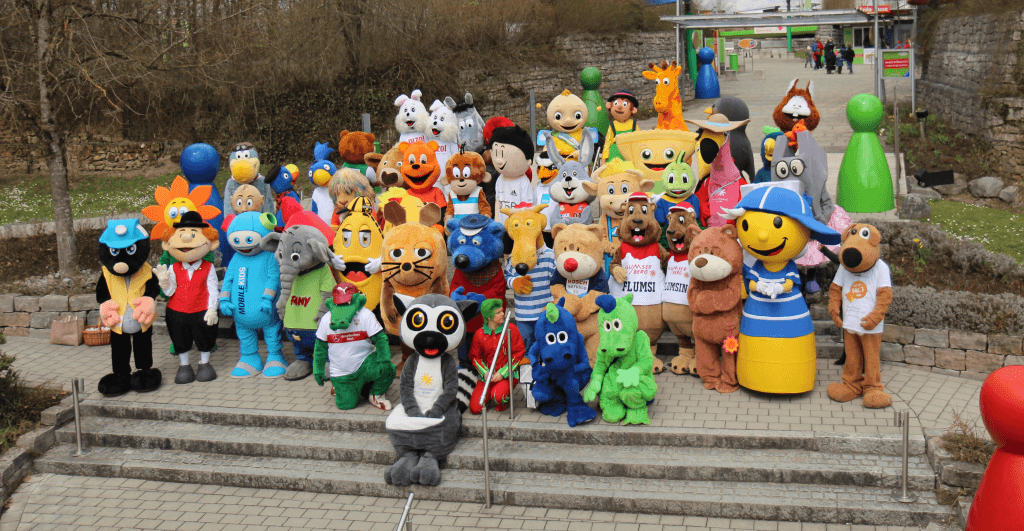 A host of mascots from the region and long-time friends of Hein Blöd and Käpt'n Blaubär took the opportunity to congratulate the Ravensburger Spieleland theme park on the 20th anniversary and organise an unforgettable afternoon for young and old.

More than 50 mascots congregated in front of the entrance of the Ravensburger Spieleland first to take a motley group photo.

However, the most important thing for the little visitors was to grab a photo with their favourite mascot. Our MobileKids mascot Moki thrilled the kids with his funny looks with big eyes, blue ears and blue body. The little fans stormed toward Moki, cuddled and hugged him. Again and again, the children shouted out to their parents: "Look, there is pretty Moki, I badly want to take a picture“. When I asked the children where they knew Moki from, they all said as if rehearsed: "From biiiike riding school, of course“. 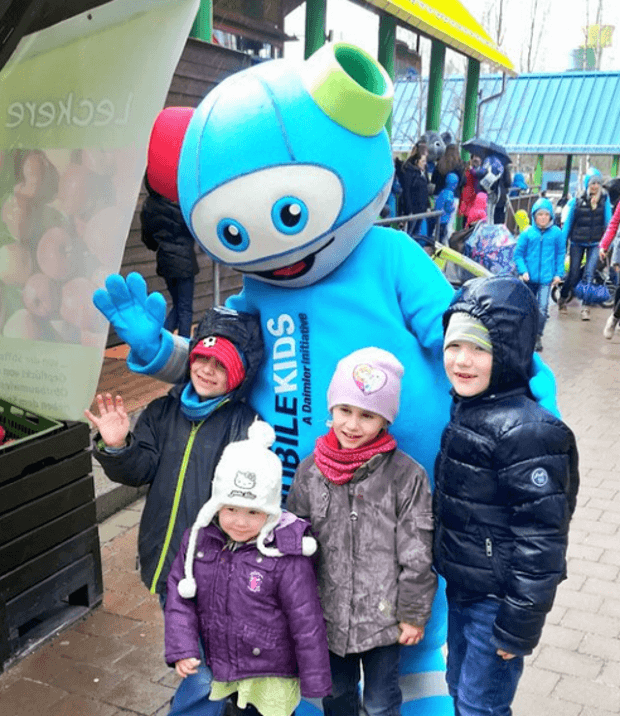 They are referring to the MobileKids children's traffic training centre, which has been part of the “Mitmachland“ interactive section of the Ravensburger Spieleland since 2010. It offers children the opportunity to learn about traffic situations and traffic signs in a short theory lesson first, before they conquer "the road" with electric cars. They can test what they learned there in a recreated traffic training centre and receive a children’s driving licence for doing so. For the smaller visitors to the Spieleland theme park, the MobileKids section has a bobby car course. These so-called MobileKids fun cars were given a new shine at the start of the season and the course was expanded with new traffic signs and more attractive obstacles.

However, the highlight of the mascot parade took place on the open-air stage in the afternoon. All mascots congregated there for a big party – they danced, sang and put a sparkle in the children's eyes. Not just in those, because the sight of so many beaming and happy children warmed not only the hearts of the parents, but mine as well. Maybe it was also a matter of the rays of sunshine that appeared after a short and heavy downpour. Or simply the fact that a bunch of colourful mascots is able to make the eyes of the children light up this much.

After the successful mascot parade, Moki insisted on paying a short visit to his own children's traffic training centre. The children had the opportunity to experience an exclusive theory lesson with Moki, which triggered a great deal of enthusiasm. After that, he still directed the traffic at the traffic training centre and handed out the children's driving licences. 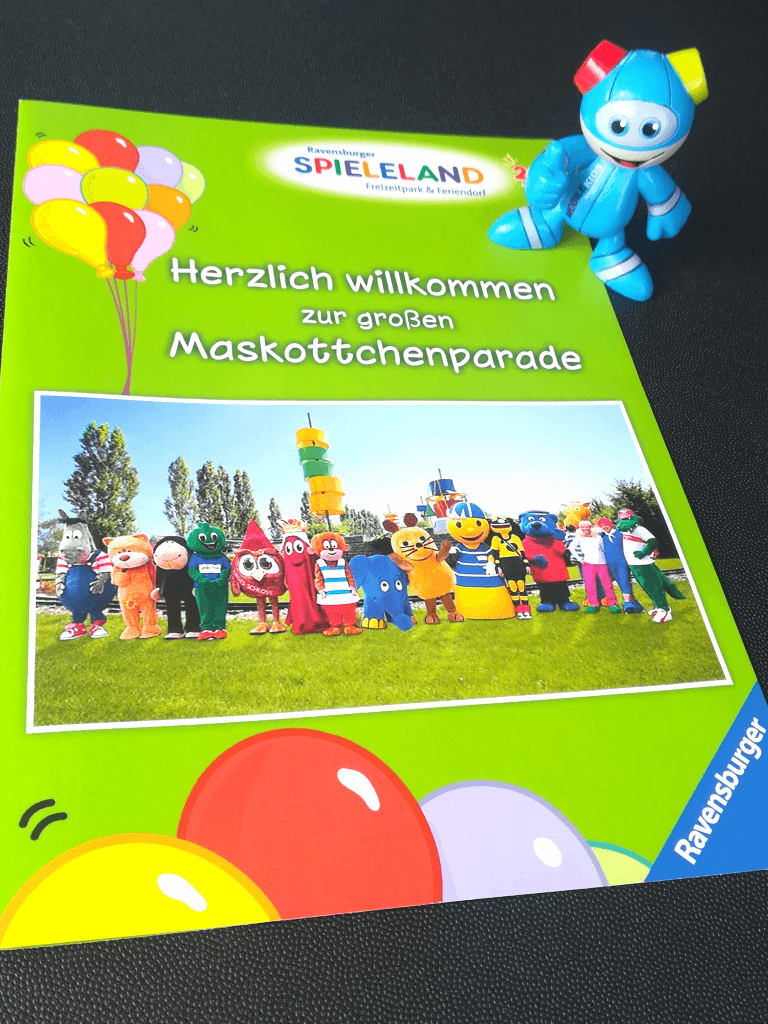 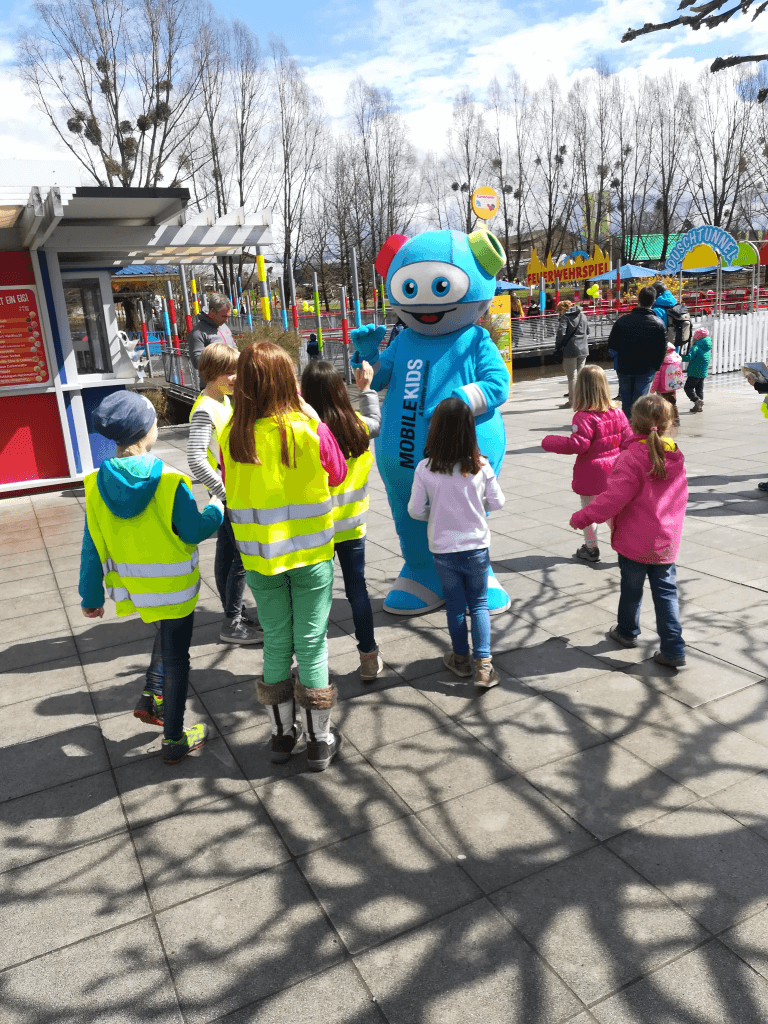 The time with Moki was in high demand before and after the parade! 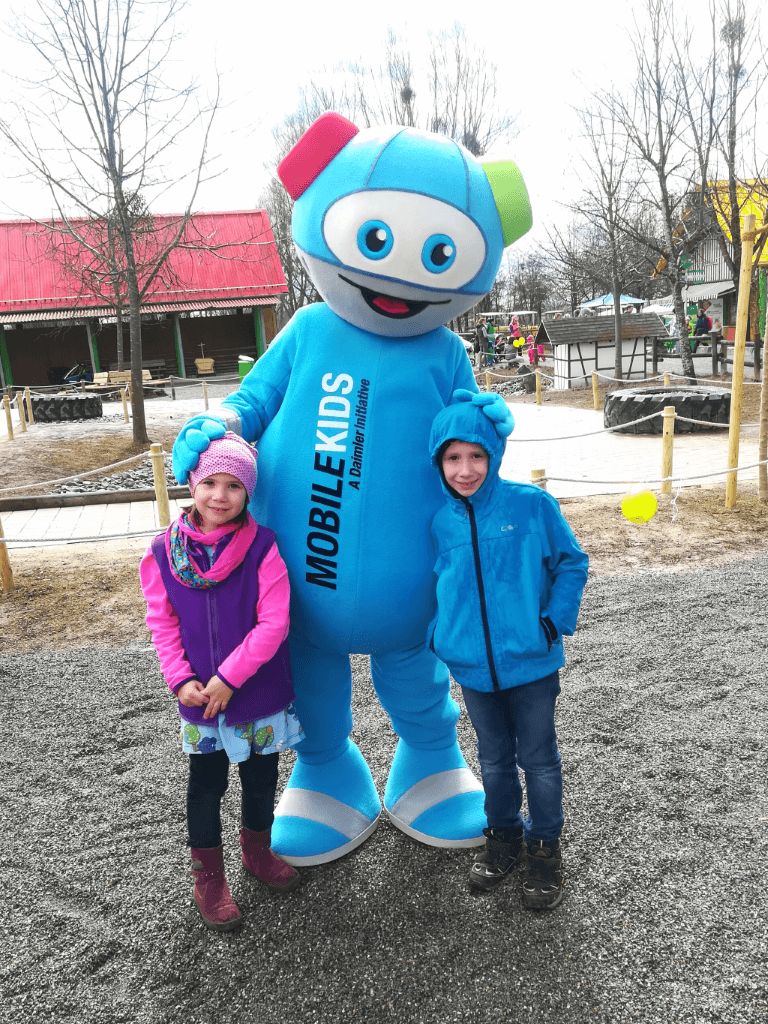 Of course, all the kids got their very personal photo souvenir. 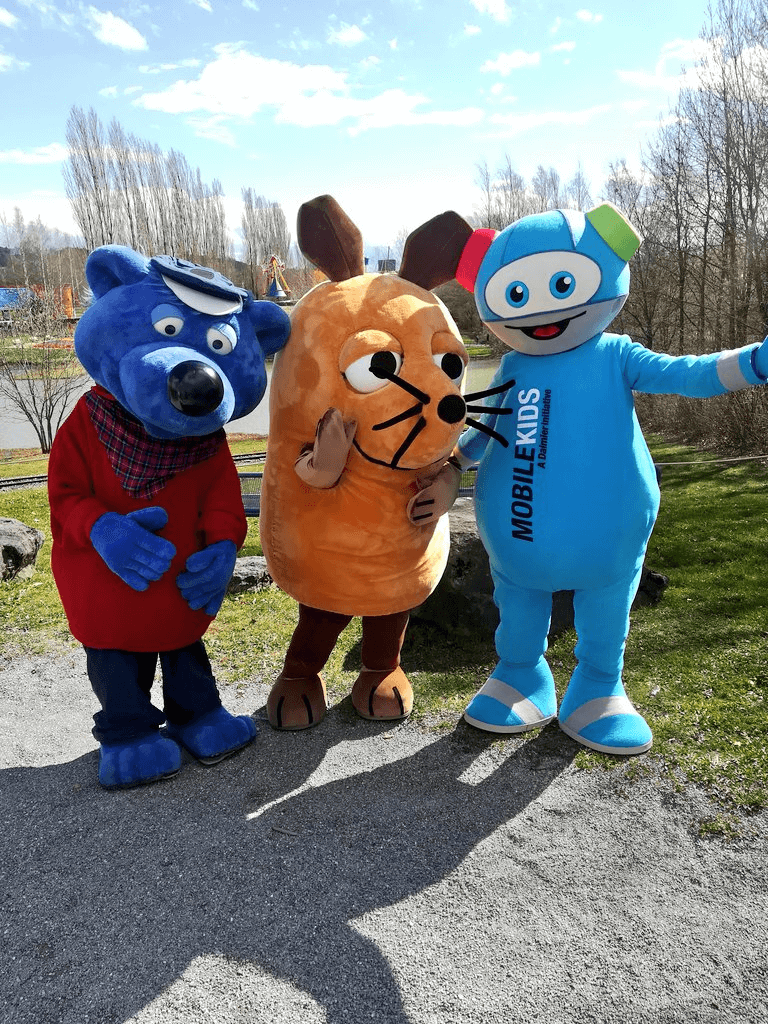 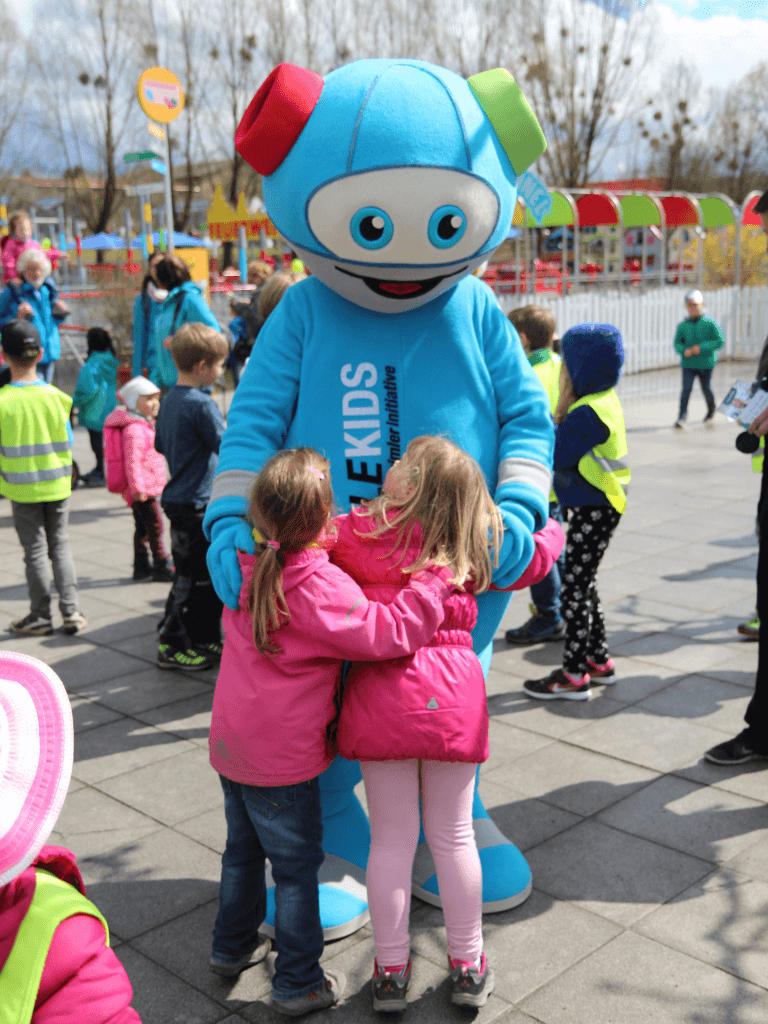 We thank all the visitors big and small and already look forward to the next time!