Under the microscope: Road safety education in Germany and the world

School route training and bicycle training in primary school are important building blocks for the safety of first to fourth graders on the road. By the way, teachers, parents and police officers pull together in most countries to get children on the right track.

Fabian is seven years old. On his way to school today, he is on the road alone for the first time. He has often practised the route with his mother and the neighbours have also taken him the short kilometre to the other neighbourhood several times. He can expect several road crossings without traffic lights and also a confusing exit from a much-used car park.

"Fabian's parents did it the right way. Instead of taking the boy to school in the parents' taxi, they practised walking with him. This is the best way to train road safety", knows primary school teacher Katharina Dausch. For years, she has accompanied girls and boys in road safety training. As children gradually become independent, the need for mothers and fathers to protect their offspring remains. "But that doesn't mean that primary school pupils have to be driven everywhere", says the educator. Walking to school is not only the best way for the kids to get their daily exercise. It is also the most useful exercise to be able to move safely on the road. Here, Dausch highlights the "walking school bus" model that is practised and organised at many German schools. It involves parents taking turns picking up the girls and boys at a meeting point, the "bus stop", and bringing them to school on foot. "It is also a good opportunity to raise awareness yet again about the right behaviour", advises the mother of two children.

Road safety education is an issue, including internationally

In English-speaking countries, most notably the UK and the USA, parents and volunteers are also involved in traffic. Crossing guards help children cross the road by stopping vehicles. The adults also ensure greater safety in unclear situations, between parked cars or behind the stopping school bus.

According to the teacher, it is important that the work of teachers, parents and the police dovetail. "As an educator, I can make the children aware of reflective, bright clothing at dusk, for example. What the school starters really wear later is decided by themselves or by the parents". She also believes that the uniformed officers do important work in road safety education. There is immediately more attention in the class when a friendly policeman explains the rules, says Dausch, who was once a policewoman herself. This effect is used in France, where police officers practise correct behaviour in road traffic together with schoolchildren. The association "La Prévention Routière", for example, organises cycle training for kids ages six to eleven together with traffic police officers. Here, obstacle courses are used to first practise skills on the bike before the children are allowed to ride in traffic.

Dausch also knows a sensible regulation in Spain: Dedicated adults ride on the school buses to relieve the driver. They caution the pupils, make sure that everyone gets off at the right stop and pay attention to the safety of the children when they leave the bus. 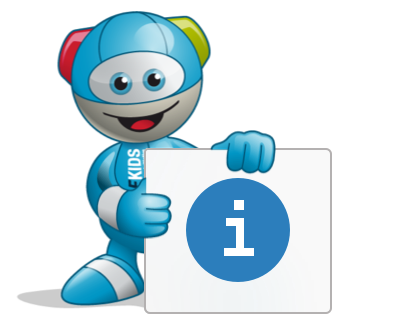 Tips from the educator: How to get to school safely

Trousers in particular should meet these criteria, because car headlights often do not illuminate jackets and caps at all.

Only when you are sure that the driver sees you and lets you pass, do you go out onto the road. Do the windows reflect or is the situation not clear: stop!

3. Better to take a small detour for a safe crossing

Are you in a hurry? Nevertheless, please do not dart between parked cars when there is a zebra crossing a few metres away.

If you come to a busy intersection, please stop for a moment. Don't just stop walking, but also stop talking.

What makes your bycicle roadworthy?

Getting to school safely on the bus or on foot
Teacher workshop: The way to school made easy
Training 2: Way to school
Five tips in the dark