When parents, teachers and pupils all pull together, they can achieve a lot. The project week "Safe Way to School" showed the commitment.

A brief description of the project

At the beginning of the project, a risk analysis was carried out: in the time between 7:40 and 8 a.m. in particular, dangerous situations kept arising in and around the school. Sometimes parents drove into the teachers' car park at excessive speed, sometimes they stopped, against all regulations, in the school bus parking space or in the pedestrian crossing. Cars used the fire station exit as a turning zone – and often crossed the path outside the school too.

The school's traffic safety instructor then took on the planning and preparations for the inter-year project with her own class 2a. Together they observed, photographed and discussed the different traffic situations and learned which traffic regulations are important on the way to school and around the school.

The material they gathered was turned into posters and short presentations. And to ensure that as many parents as possible were also able to see the danger zones and appreciate the children's perspective, the work was displayed along the side of the street. During the project week, the children even handed out "tickets" as feedback for road users outside the school.

To draw the attention of as many people as possible to the subject of traffic safety, the Grundschule an der Regina-Ullmann-Straße took several measures: A letter was written to parents and translated into different languages, the teaching staff were informed in advance about displays and discussions, and standardised teaching materials were provided.

The school aims to repeat the project on a yearly basis.

School campaign at the Grundschule an der Regina-Ullmann-Straße 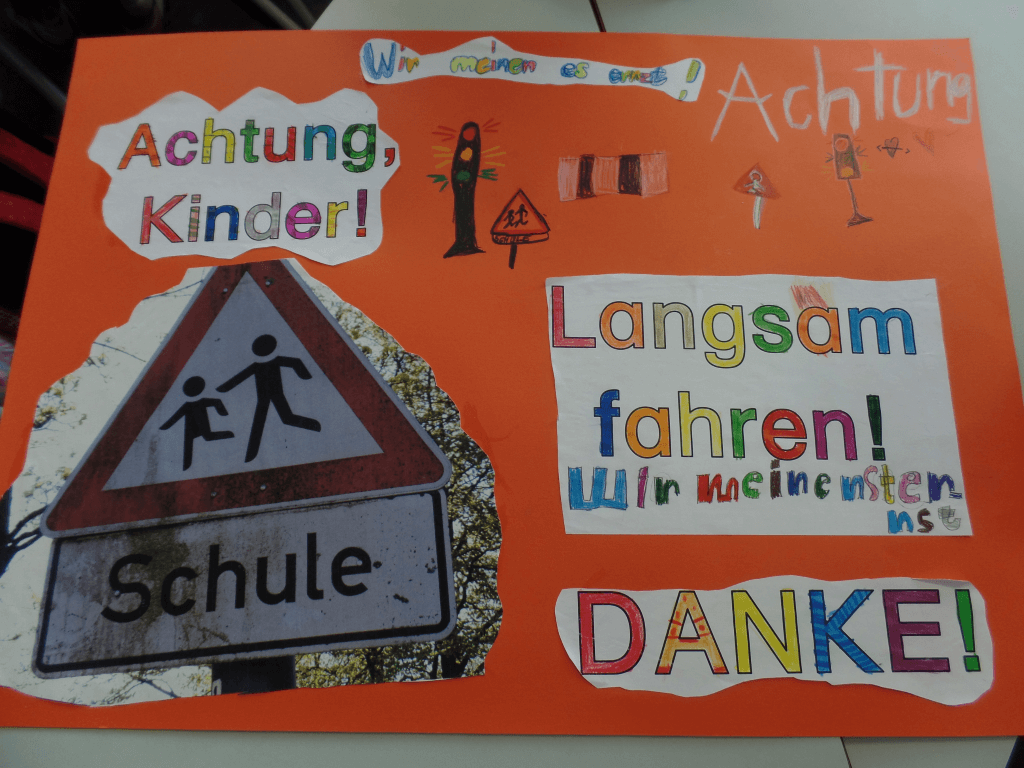 One of the campaign posters: "We mean it!" 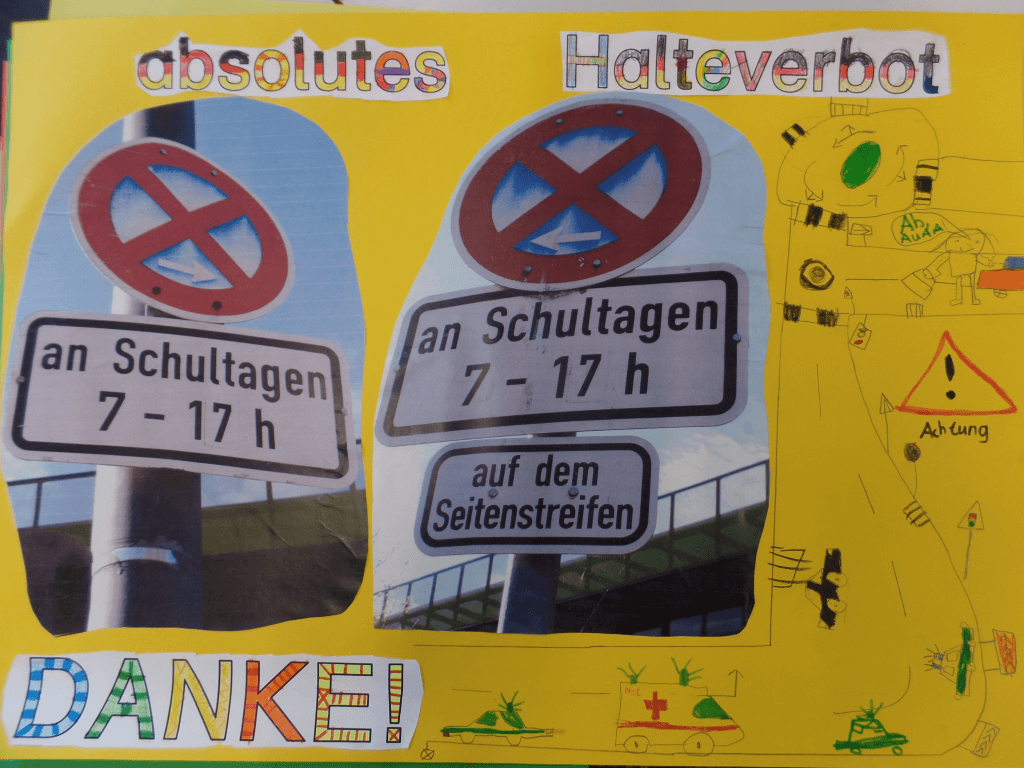 One of the campaign posters: Absolutely no stopping! 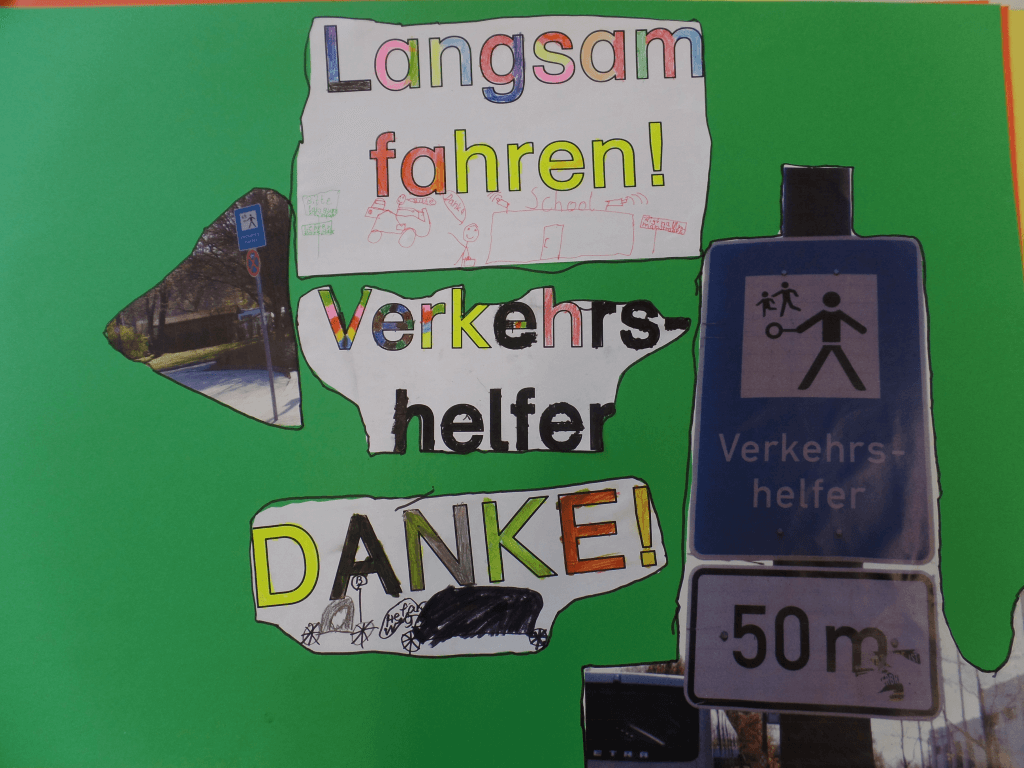 One of the campaign posters: Drive slowly - crossing guard! 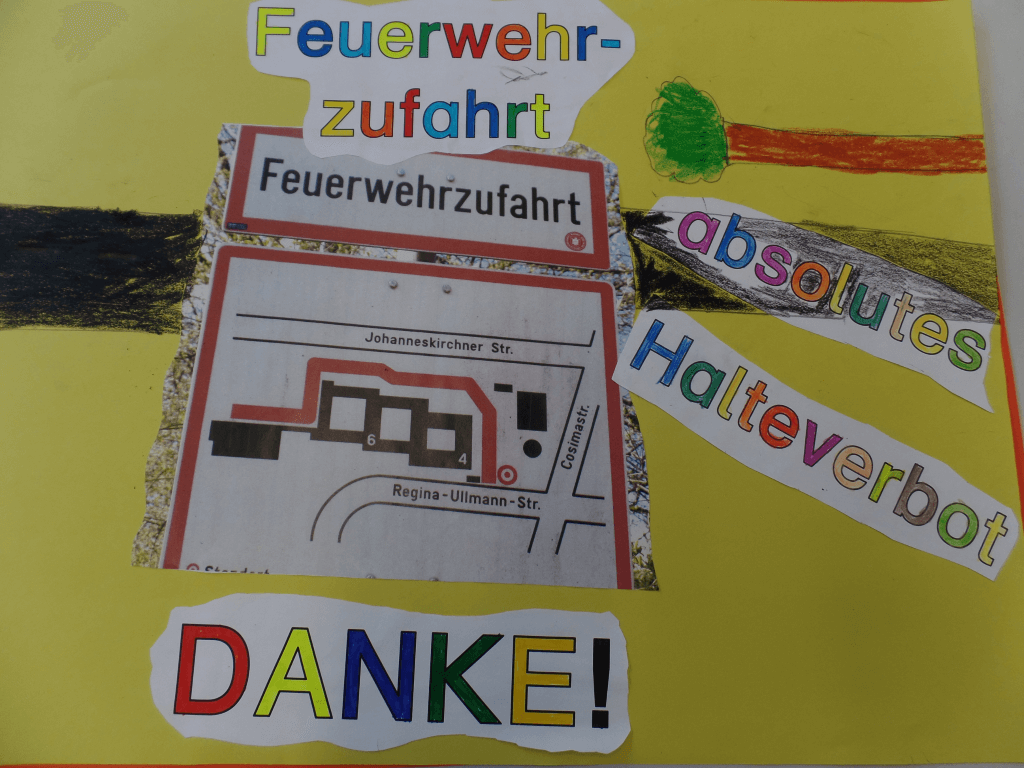 One of the campaign posters: Absolutely no stopping in the fire station entrance!

The key facts at a glance